Happy Monday, Readers. Welcome to the first Weekday Scribbles post—a casual look at what we’re reading, some one-off thoughts and commentary on book-world happenings, and chatter about interesting bookish discoveries. This last week I’ve been branching out my reading, finding new favorites, and enjoying browsing through some other creative, bookish content that merits sharing.

END_OF_DOCUMENT_TOKEN_TO_BE_REPLACED

Somehow, sneaking back into prison is always harder than sneaking out of it.

The reasonable part of me knows it’s because everyone’s asleep when I sneak out at night, and that by the time I return in the early morning, the dreary gray building is already starting to wake. But the cynical part of me thinks it has more to do with how the guards would be only too happy to get rid of me and all too reluctant to take me in.

A Soldier and a Liar; Caitlin Lochner

This Book Made Me Feel Things

There’s something nostalgic in opening a book you read years ago to read it all over again with fresh eyes and a changed mind—and something incredibly satisfying in getting to know that book a second time over after years of nurturing, coaxing, and loving hands working it over.

I didn’t expect to be so emotional when I finally got my preorder delivery of A Soldier and a Liar, and that was a serious oversight on my part. I read the first lines, overcome with the feeling of finality. A book that I had read in high school—a paperback, if I remember correctly, back when it was still titled This Is How We Fall Apart—was now a sleek hardback with blurbs on the back and my friend’s name on the front.

END_OF_DOCUMENT_TOKEN_TO_BE_REPLACED

It’s somewhat ironic talking about the reliability of reviews as a person who writes reviews, but as a reader—of books, and of reviews—I think it’s important to bounce around the idea of how much weight we put on reviews, and how we allow them to sway our reading choices, especially when it comes to the inherent subjective nature of a lot of reviewing styles.

So, back before I was interested in blogging myself, I was first introduced to book vlogging, or booktube. The rabbit hole was deep, and some of my favorite videos ended up being reviews. When I started reading as a kid, booktube wasn’t a thing. Book blogging wasn’t a thing. Connecting to veritable thousands of other readers wasn’t a thing. Perhaps a little late to the discovery, I was fascinated that there were people out there who just… talked about books. Books they loved, books they hated, books that made them want to rip their hair out—

And oh, the snarky, salty, tea-drenched reviews were a plenty.

END_OF_DOCUMENT_TOKEN_TO_BE_REPLACED

If you follow me on Twitter, you’ll know that I made a couple of Tweets yesterday regarding ARCs—specifically ARCs for books written by/for people of color and the disproportionate number of white ARC reviewers for these books vs. reviews by people of color.

I was finalizing the list of books I wanted to include on my BHM Anticipated Releases Tour (shameless plug for the fun happening next week) and skimming the reviews because I like looking through reviews of books I want to read because I like to get a feel for how a book has been received or perceived; I find it makes me think more when I read through a book.

In browsing the Goodreads pages for the authors/books I’d be including, I noticed a pattern that was mildly annoying until I came across a review on New Kid that solidified the source of my agitation. New Kid is a middle-grade graphic novel written by Jerry Craft with the following blurb:


Seventh grader Jordan Banks loves nothing more than drawing cartoons about his life. But instead of sending him to the art school of his dreams, his parents enroll him in a prestigious private school known for its academics, where Jordan is one of the few kids of color in his entire grade.

As he makes the daily trip from his Washington Heights apartment to the upscale Riverdale Academy Day School, Jordan soon finds himself torn between two worlds—and not really fitting into either one. Can Jordan learn to navigate his new school culture while keeping his neighborhood friends and staying true to himself?

And yet so many reviews, including the one in question, entirely stripped New Kid of its racial context, hailing it as a universal story about what it means to be a new kid in a strange environment. As I started to pay more attention to who was reviewing the ARCs of this book, I realized the sheer number of the reviewers weren’t black or even biracial reviewers, but white ones.

END_OF_DOCUMENT_TOKEN_TO_BE_REPLACED

A Quick CW: I’ll be talking about sexual assault in this post. While nothing goes into graphic detail, please be aware and take care of yourself when choosing to read.

Sexual trauma in YA is nothing new. Underlying or overt themes of sexual assault and abuse are a prevalent topic and their inclusion and execution in teen and YA fiction, be it within books, shows, or movies, is a conversation that I see, but generally don’t engage in often. This is for a number of reasons tending to boil down to the fact that most of the time, there aren’t enough spoons to pull myself through the hundreds of voices sounding that probably don’t need my opinion on what’s a hashed-and-rehashed topic anyway.

Emergency Contact, however, is a book I feel should be discussed.

END_OF_DOCUMENT_TOKEN_TO_BE_REPLACED 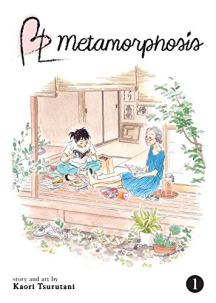